There are many types of facial piercings. I can think of over a dozen different ones off the top of my head. And even amidst those, there are still different variations you could place a piercing. For instance, septums are always placed in the soft skin of the nose between the cartilage and the bottom of the nose. But some people like to kick it up a notch and do double septums. Creative people always find ways to spice things up when they really want to. But back to the original thirteen piercings, I’ll describe and define each one. So here’s a list of twelve popular facial piercings in no particular order. 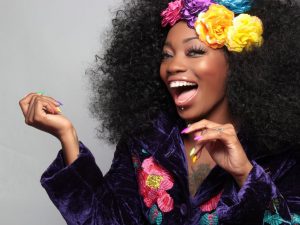 Piercing your eyebrow is similar to piercing your navel. In both instances, a clamp will likely be used and a short and curved barbell rod will be inserted after the area is pierced with a needle. During healing, one must be careful to keep the eyebrow piercing clear of makeup and tampering which could delay or disrupt the healing process.

Close up side shot because silly ol' me forgot to do a closed eye shot so you can see the full effect the shadows! Oh well, I was rushing this morning, as I seem to be every morning. 🤷🏾‍♀️

There are different ways you could have your eyebrow piercing done. They are most commonly done vertically, as shown in the above image. However, people also opt for horizontal piercings. They are still in the same area, just done at a different angle.

Horizontal eyebrow by Will at Frankston

The history of eyebrow piercings is relatively short. They began showing up in the 1970s as a punk fashion statement, in addition to many other types of piercings.

Bridge piercings, also known as Erl piercings, are surface piercings placed on the bridge of the nose. These piercings can draw attention to the eyes in an awesome way. The rate at which they heal could differ slightly from non-surface piercings, such as earlobes. Bridge piercings definitely need time to heal, like any other piercing. They mustn’t be played or fiddled with during this period. Because they are such a highly visible piercing, be certain that you won’t need to take the piercing out for work or special events. It needs ample time to heal before you can consider removing it, even for short periods of time.

As shown in the following photo, bridge piercings can also be done vertically despite normally being done horizontally.

It must be noted that while these sorts of piercings do look very stylish when done properly, they do leave behind scars if the wearer decides to remove them. These scars aren’t as noticeable as others. They appear like small dents on either side of the nose. However, because they would be present in a place often looked at (near the eyes), it is something to take into consideration before deciding to get this piercing. There is also a slight chance of migration, rejection, or both.

There are many different styles of lip piercings, which I will get into below. To begin, there’s the standard lip ring which typically consists of a single piercing below the bottom lip. It varies in placement, but a popular one is simply right in the middle. These are gorgeous piercings, but it will also leave small scars behind.

A labret is a short, straight piece of jewelry with one embellished end and one flat end. The flat end will be hidden inside behind the piercing while the embellished end remains visible. Labrets could also be used in tragus or dermal piercings, but are more commonly known for piercings done around the mouth.

Snake bites are two piercings each done under either side of the lower lip. The wearer may choose to wear labrets, curved barbells, or other types of jewelry to fit their aesthetic.

Confessedly, for many years I was torn about whether I should get a Monroe piercing. All throughout high school, I was seriously weighing it. Eventually, I decided to forgo it. The only reason being that I don’t like to get piercings that can leave behind visible scars and dents in my face. However, to this day, I still think they’re one of the most attractive piercings. Monroe piercings are named after Marilyn Monroe. The piercings mimic the small beauty spot above the famed actress’ mouth. Monroe piercings can be done on either side of the mouth, but it’s always just one single piercing above the lips.

Dimple (or cheek) piercings are done in order to emulate dimples caused from smiling. For those of us who were not graced with gorgeous natural dimples, this trend has been popular. At the beginning of the piercing process, dimple piercings are not inserted with a labret. There is too high a risk of cheek tissue growing over the back of the piercing. Instead, long barbells are inserted in order to give room for swelling. After the cheeks have healed completely, shorter jewelry could be used. The resulting effect is a whole new take on dimples.

So this piercing is not actually named after the Gorgon monster in ancient Greek mythology who could turn people to stone. A Canadian piercer offhandedly called the piercing done in the indent above the upper lip a medusa, and it stuck. There doesn’t seem to be any further history than that. Medusa piercings are awesome because it adds symmetry to one’s face. It’s located directly in the middle of the wearer’s philtrum, the small dip in the center above one’s mouth.

When I was about ten years old, my friend’s older sister returned home from a long trip to India. She came back with many gorgeous dresses, flowy sarongs, and a curious new piercing. She had pierced her nostril. It was the first time I had seen a piercing up close and instantly fell in love with it. I swore it would be the first piercing I would ever get. A decade and a half later, I have not one but two nostril piercings. They’re definitely one of the most popular piercings people seem to flock to. They’re relatively easy to manage, aren’t bothersome (as long as you’re careful when you blow your nose), and look amazing. If work required me to make all visible facial piercings sparse, I was able to plug in a clear plastic nose stud and call it a day. Subtle if need be, but there are plenty of nose rings and hoops available to make the piercing truly stand out. Plus — and I may be biased — I think they just keep looking better with age.

Septum piercings have spiked in popularity over the past decade. There are many different kinds of septum jewelry available, it’s easy to see why getting the piercing would be so desirable. Septum piercings are done inside the nose. There is a soft bit of tissue under the cartilage in the nose but above the bottom of the nose. That’s what professional piercers stab with a needle in order to achieve the desired effect. They do feel a bit funny at first (I found it strangely painful to smile for a bit), but with proper care, they heal up in no time.

Tongue piercing was once ritualistically used by Aztec and Mayan cultures. Priests would pierce their tongues and use the wound to draw blood from or pass rough cords through. In the 1980s, it became a popular trend. It was a non-gendered, alternative style. With the emergence of readily available surgical steel jewelry, it became safer to stick things inside one’s mouth that wouldn’t normally go there. Tongue piercings can be fun and can come with different barbells of varying colors and designs. Some people even choose to get two separate piercings in their tongue done side by side, which is a creative variation.

Smiley piercings involve piercing the soft tissue above your upper gums and behind your top lip. If you pull your top lip out, you’ll be able to feel the strip of tissue between it and your gums. This piercing evidently takes between four and eight weeks to completely heal up. The reason it’s called the smiley is due to the fact that other people don’t notice this piercing unless you smile. Small hoops or curved barbells are very popular in this piercing.

Contrary to popular belief, the mouth has the potential to be the dirtiest place of the human body. Due to this fact, it’s important to keep an eye on those oral piercings. Dentists have recommended not having oral piercings for longer than two years. It’s easy for food to get stuck in these sorts of piercings. This can lead to infection and more bacteria flocking to the area. While piercings such as medusas, snake bites, and Monroes may look cool, it’s important to realize that — for the sake of your oral hygiene — mouth piercings should only be a fleeting fancy, like fidget spinners.

Can You Kiss with a Lip Piercing? A Guide

Monroe or Madonna? Why We Love These Upper Lip Piercings

For the Pierced Professionals: 4 Ways to Hide Your Nose Piercings at Work