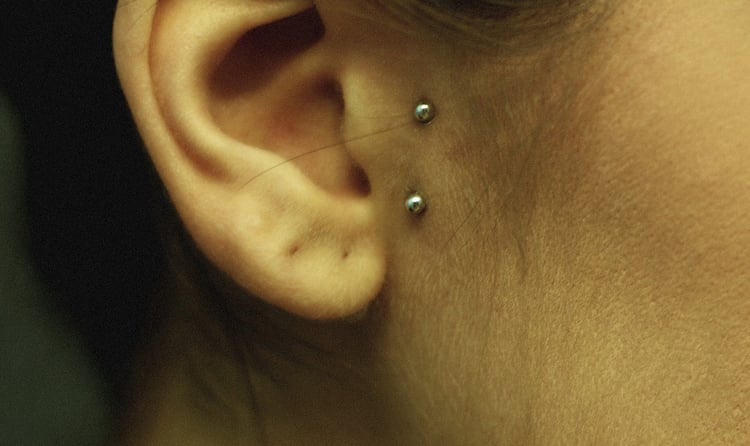 You can’t escape the Twilight hype these days. Since the books and movies hit the popular culture scene, vampire-mania has been abound. Whether you are a major fan or major critic, love it or hate, the Twilight Saga has stood the test of time over the last half of the decade, and definitely will not be going anywhere anytime soon. The books were one facet of the hysteria, turning ordinary folks into vampire aficionados, but the movies added a whole new dimension. Now with the final Twilight movie, Breaking Dawn Part 2 available on DVD, you can expect the Twilight hysteria to go up a few notches. You bet there’s gonna be even more babies named Bella (Isabella), Edward, and Jacob, you know the tattoos will be coming, and just as bold, yet somewhat less permanent “vampire bite” piercings will be done with even greater fervor and worn with pride. 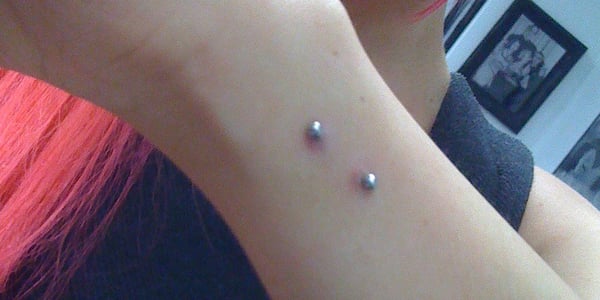 The vampire bite piercing, sometimes known as a neck piercing when it is done on the neck, or shoulder piercing on the shoulder, as you probably imagine are done to create the look of a vampire bite. Not limited to gender, both guys and gals alike are fascinated with these bites. Surface piercings in the vampire style can be done nearly anywhere on the body where the skin is not exceptionally taut. Neck piercings are not exclusively limited to the sides of the neck where vampires are most known to bite, they are also done quite commonly on the back of the neck, and they go by the name of the “nape piercing.” However cool it may be, this style is much less vampire-esque. 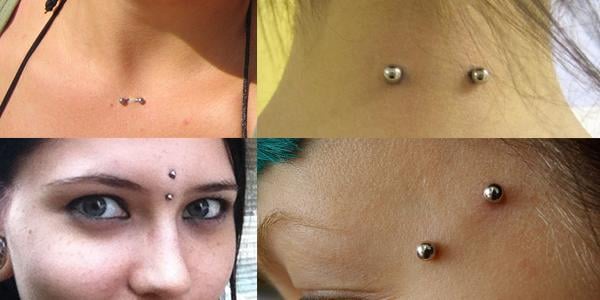 Vampire bites are created usually with two surface piercings, and then a surface-specific barbell is placed in to maintain the piercings. Microdermal anchors can also be used to create the same look, however these have a tendency to be less stable, and more likely to be rejected than straight-up surface piercings. Straight barbells are also not really used with this kind of piercing, as they generally do not heal right, and get rejected. Surface bars are the ideal type of body jewelry for vampire bites, and all varieties of ends can be used, red jewels especially for the sparkling blood look. Because surface bars are made for this kind of use, there is also less of a chance of migration. As is the case with most surface piercings, the healing period can include swelling and bleeding, and the swelling may stick around for a few days afterwards. It’s also pretty common to have the skin at the ends of the piercing go through a period of inflammation and redness as it heals. Once healed, and the surface bar is removed, the signature “vampire bite” blatantly remains.

Can you think of anything cooler or more appropriate to wear to a Breaking Dawn-inspired party? Temporary, permanent, or semi-permanent, all things vampire, and Twilight-inspired are here to stay, body adornment included!

What Is the Purpose of Body Piercings? A Guide for the Piercing Curious

For the Delicate Piercees: A List of the Least Painful Piercings

On Health and Healing: How to Protect Your New Piercing During Exercise

Sustainable Shopping: How We’re Taking Responsibility for Our Environmental Footprint