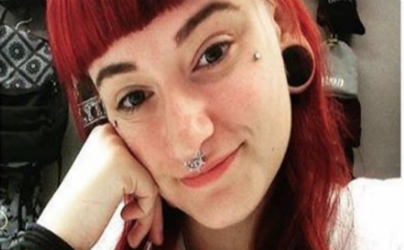 The face of the modern workforce is changing, and yes – it’s pierced.

A lot of our customers often express frustration that their body modifications aren’t tolerated at their place of work. While we can definitely understand safety concerns, I will say that the old adage of body art being indicative of a lack of professionalism is slowly, but most assuredly, fading.

Five years ago, it used to be that every place you went to work had a strict “no visible tattoos or piercings policy”, and many even went so far as to restrict hair color to “natural colors”, and mainstream styles only. Though many companies still adopt these policies, there has definitely been a shift in recent years, as employers begin to modernize their policies and accept that professionalism comes with many different faces.

A few years ago, I worked for a veterinary practice, and the standards for appearance were pretty high. I was expected to wear professional looking clothing that still allowed me to move freely, so more often than not, I wore black track pants with a nice-ish shirt. When I first started there, the owner (whom I still have a great deal of respect for) also had a very strict no visible tattoos or piercings policy.

At that time, I had a tiny little nose stud, and my only visible tattoo was the apple behind my ear, which she promptly told me I would need to conceal. I wore my bangs down most of the time, tucked behind my ear, and when I trimmed them, a tiny band-aid went over my tattoo. Annoying, but no big deal.

Over the course of my time with this employer, I got my septum pierced, stretched my ears, and got a sleeve.

But I did it all, even through the healing process, while keeping my heart-stoppingly beautiful body modifications covered up. The money was good, the work was fun, and I liked my boss – I didn’t even think twice about it. I even remember at one of our quarterly meetings, after going over the numbers we wound up talking about getting me some new clothing for work, and the topic of my tattoos came up. With an eyebrow raised and a wry smile, I remember her saying, “You know, when I hired you, you only had one visible tattoo.”

We laughed at our differences, and had an amicable relationship, but what came next I found nonetheless, pretty satisfying. We were understaffed, and we were having a difficult time finding good, reliable people. Finally, at a monthly staff meeting, the owner informed us that we would be changing our tattoo and piercing policy to allow small, non-offensive tattoos to be displayed. Piercings were still considered a safety hazard, and ideally were to be removed (understandably so, nothing like having a flailing dog catch your plug in his toenail), but tattoos, remarkably, were getting more leniency. Even stretched earrings were permissible, where before we were just sort of stealthy about it – as long as plugs were used to keep the hole from being a hazard, it was allowed.

With a you-got-me smile, my boss looked at me during the meeting and said, “You win – I can’t find anyone reliable, and everyone has tattoos these days, so I give up.” And just like that, we started filling our staff. And guess what – for the most part (because even people with beautiful tattoos can be flakes), they were great workers.

So the moral of the story? It’s a changing world baby, and all you can do is adjust. This doesn’t mean that the standards in professionalism are somehow more lax – it’s not a free pass to come into work stinking of whiskey and an hour late – but it’s a statement that more and more, people are recognizing that your appearance is not indicative of the kind of person you are, and certainly not the kind of worker. 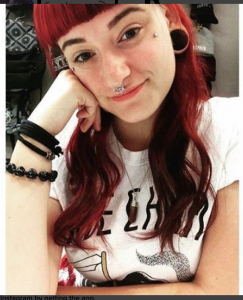 Your body mods are beautiful – work doesn’t have to hold you back anymore.

Where piercings can definitely present a hazard in physically demanding jobs, they are in no way a reflection of someone’s work ethic, and there are plenty of clear and flesh-colored jewelry options out there you can use in a workplace with an unforgiving personal appearance policy.

I don’t know about you guys, but I’ve known plenty of non-pierced, virgin-skinned lazy coworkers, and it doesn’t seem to have anything to do with their personal style. Crappy work ethics know no appearance stereotypes, and this I know from plenty of firsthand experience.

That being said, let’s not pretend that people won’t still judge us on our appearance. It’s yucky, it’s generally pretty unethical, but it is a reasonable assumption to make, and how we dress and present ourselves at work, like it or not, can greatly influence our success there.

Now that I’m a freelance writer, I don’t have to sweat it so much – I do most of my work with bed-head and holey leggings on. However, when I have an in person, or even video conference consultation with a client, you can bet I put my nice, subtle plugs in, and wear long sleeves to cover my tattoos. I’m a hard worker, and have a good reputation with my clients, but I won’t risk my tattoos and piercings distracting them from that fact, so until I get to know them better, it’s usually not something I advertise.

So what’s the bottom line? In the age of information, employers are modernizing and adopting more reasonable and accepting standards for employee appearances. We still have a ways to go in terms of breaking those unpleasant generalizations and stereotypes, but we’re well on our way, and the modified generation is slowly filling these leadership roles, and ultimately, many of us will be in positions at some point to change policies like these.

Have you ever worked a job where you had to cover your tattoos and piercings? Did you ever have to pass up an opportunity because your appearance disqualified you? Tell us your story in the comments below!

For the Pierced Professionals: 4 Ways to Hide Your Nose Piercings at Work

Avoid Family Drama: How to Hide Your Body Jewelry this Holiday Season