The Unaka Mountains, which runs along the borders of North Carolina and Tennessee, gave birth to a beautiful semiprecious stone called unakite (pronounced yü-nə-kīt).  It is appropriate that the gemstone is named after a formation that blends two states because unakite is considered “altered granite” due to its blending of green epidote, pink orthoclase feldspar and colorless quartz.  The presence of feldspar is what separates unakite from the gem known as epidosite, though the two are oftentimes considered the same stone.

Metaphysically, there are several uses for unakite.  Generally, it is considered a balancing gem based on its seemingly balanced blending of its components.  It can be used to maintain a balance between the spiritual life and the mundane life, thus creating a feeling of “completeness.”  In this way, it also can be considered a grounding stone, as it brings the user back to the body’s natural balance.

As a healing stone, it is primarily used to draw off negative energy and remove blockages from the 4th Chakra, also known as the Heart Chakra.  However, it can also assist with removing blockages from other Chakras.  It also has been known to heal illnesses by stabilizing the body’s various systems.  Wearing a strand of unakite either around the neck or on the wrists or ankles allows the stones to cleanse the blood flowing through the circle, which then returns throughout the body removing the blockages and balancing the impurities.

Unakite is also looked upon as a stone for removing obstacles, such as subconscious obstacles inhibiting personal growth.  This could include emotional pain or trauma which has been deeply buried in the psyche.  These types of obstacles can create physical illnesses that linger beyond any type of mundane medical treatment.  Many healers use this stone to help heal the psyche so the body can be healed.

Along with healing the psyche and physical body, this stone is also considered to build self-confidence and personal power.  This is very pertinent to the above description of removing the subconscious blockages that inhibit a person.  When those types of obstacles are removed, self-confidence is allowed to return and a person is able to identify and claim their own personal power.

Others believe unakite is the perfect stone to give a pregnant woman for healthy growth of the unborn child.  It draws on its ability to blend those items that would otherwise be separate, and allow a healthy, sustainable environment. 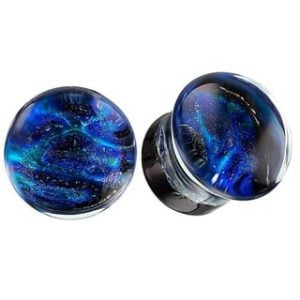 Find Your New Style: 8 Piercing Trends for 2021 That We Love

5 Easy Ways to Hide Your Piercings This Holiday Season

Which Cartilage Piercing Should I Get?