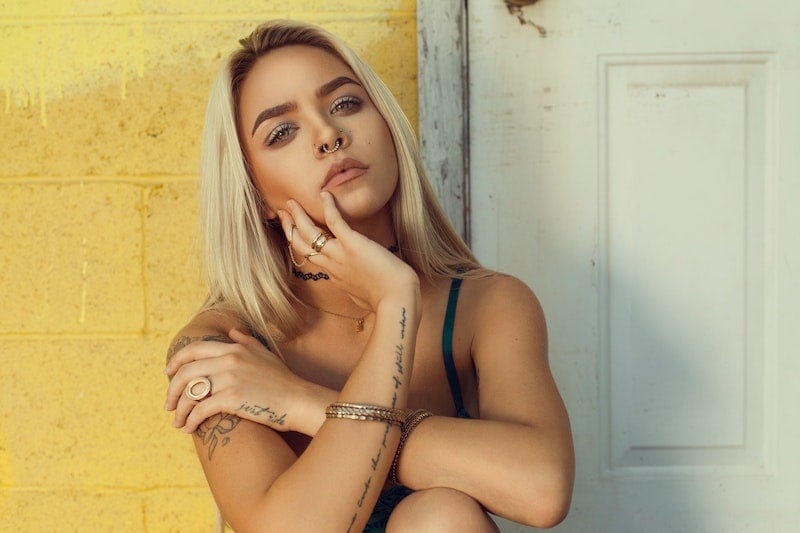 You already know that, here at FreshTrends, we love tattoos and piercings. They’re bold, beautiful, and a wonderful way to express yourself and celebrate your body.

Unfortunately, even in these modern days of acceptance, there are still some who have a strong dislike for this alternative style. At best, those who don’t like tattoos and piercings think that they send the wrong message, and at worst, people’s dislike is misogynistic, prejudiced, and malicious.

So, here’s a brief history of tattoos and piercings, how public perception of them has changed, and some tattoo and piercing styles that we can’t get enough of.

A history of tattoos and piercings

Tattoos have been around for thousands of years. In fact, tattoos were found on the frozen remains of a human dating back around 5,200 years.

Archaeologists have found tattoos on the remains of humans from many cultures, including Egyptians, ancient Siberians, Greeks, and Romans. It’s theorized that these tattoos had many purposes, such as identifying slaves, as a spiritual ritual, as a form of protection, and even to help with joint pain.

Piercings have a similarly ancient past. The first recorded piercings appeared roughly 5,000 years ago. These piercings were likely performed to denote status, display religious affiliation, as a form of intimidation, and as a rite of passage.

Long story short, tattoos and piercings have been around almost as long as civilization, and they’re not likely to go away anytime soon. So, those who have a problem with them need to get with the times.

Do tattoos and piercings affect your career?

A big argument against tattoos and piercings is that they might affect your career prospects. While this was a valid concern in the recent past, things aren’t so black and white anymore.

While piercings are more accepted in professional environments, it will depend upon the culture of the company that you work for.

Piercings like nostril rings and cartilage earrings likely won’t affect your career, even if you work in a corporate office. These types of piercings, for whatever reason, have been deemed acceptable by general society, and you shouldn’t have too much of a problem with them.

Other piercings on the face might not be as tolerated. While they are becoming more accepted, especially by younger generations, many still view them as rebellious and unprofessional. This means that you probably won’t be able to rock your septum or eyebrow piercing at work if you’re in the service industry or work in a corporate setting.

How others view tattoos and piercings

Public perception of tattoos and piercings is also a bit complicated.

Interestingly, even though tattoos appear on more women than men in the US, a 2017 study showed that public perception of women with tattoos tends to be that they are more promiscuous, untrustworthy, and unintelligent. Men with tattoos were more positively perceived. This sexist notion is likely a result of the dated societal idea that women are genteel homemakers. Tattoos and piercings may be perceived as disobedient and defiant; although women have many more opportunities now than they did in the ‘50s, society still hasn’t fully shaken the notion that women should be demure rather than rebellious and independent.

The good news is that this perception is changing. The majority of people interviewed in the above study viewed those who had tattoos the same as those who did not have tattoos. This shows that most people won’t carry negative notions about who you are as a person just because you have a tattoo or piercing.

Feeling inspired to get pierced? Our favorite part about getting a new piercing is all of the new jewelry possibilities. Here are three gorgeous pieces to help you envision your next piercing.