10 Stone Plugs You Will Love

In 1976, Water Schumann first published his geological findings in Gemstones of the World. It would go on to become a cherished directory for many gemstone admirers the world over. The famed gemstone expert and researcher lists about 200 different types of stones in his publication. At Fresh Trends, we may not have quite 200 various types of gemstone plugs, but we do have a pretty impressive collection thus far! Here are some of the best selling and most attractive stone plug pairs that we offer along with the spiritual benefits they activate. 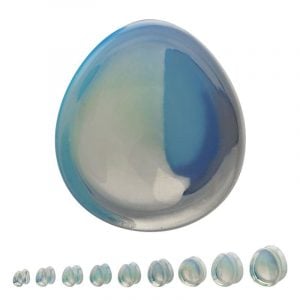 This is a unique style. While many plugs and tunnels typically come in circular form, this is a fun way to change things up a bit. While resembling moonstone, opalite is a man-made material popular to use while creating jewelry. Opalite is known for assisting emotionally by encouraging smooth transitions and helpful changes. It is also a favourable stone to have if you want to see success in your business endeavors.

These double flare plugs are quite adorable. Referred to as the “Heart Stone”, rose quartz is a beautiful stone which is thought to have a romantic and meaningful history dating back as far as 600 B.C. A silicon dioxide crystal which acquired its soft, pink coloring from the presence of a few minerals including titanium and manganese. Primarily, rose quartz is the stone of love. It is mostly used to benefit maternal or romantic love. The mellow colors of rose quartz evoke feelings of calmness, rationality, and understanding. 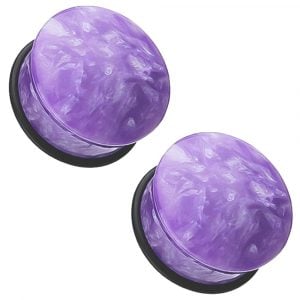 A stone the color of lavender, moondevite is mesmerizing. Check out these single flare plugs to add a vibrant color to your wardrobe. 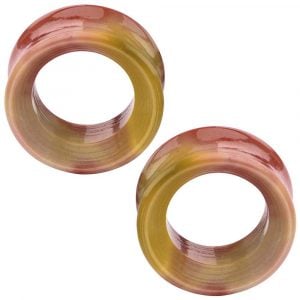 The Aboriginal word “Mooka” means “running waters.” It refers to the multiple streams that feed into Mooka Creek, located in the Kennedy Ranges of Western Australia. This is the only region in which mookaite jasper is found. A stone with both fiery and earthy tones, mookaite is a great choice for body jewelry. Mookaite jasper is a gemstone typically used in times of stress. Those feeling anxious and struggling to deal with chaotic changes can find mookaite promoting protection against negativity and toxic elements. It is also used to boost feelings of kindness and enthusiasm. 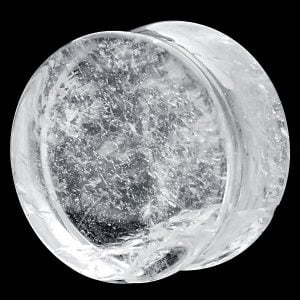 Traditionally referred to as rock crystal or clear quartz, pure quartz is one of the most abundant minerals on Earth— second only to feldspar. Clear quartz is also known as the “master healer”. It regulates healthy energy, aids concentration, and acts as an overall cleanser of one’s soul. 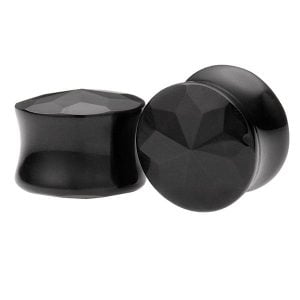 White, blue, red, pink, purple, grey… The type of microcrystalline quartz known as “agate” can come in many colors. When found in the color black, agate can depict a sense of elegance, mystery, authority, or even rebellion. For me, black dominates my wardrobe. It is a necessity in my life. I love how versatile this color is. With black, you can be seen as grungy or sophisticated. It just depends on how your outfit comes across to others. In regards to black agate itself, it is used to promote healthy physical structure as one progresses in years. It is a grounding crystal which benefits calmness and peace in the midst of strife. Black agate assists in keeping a steady mind despite being surrounded by chaos. 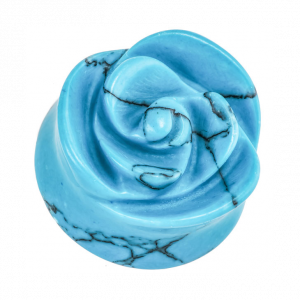 Representing friendship, the turquoise stone is packed with positive symbolism. Many believe that when a dear friend gives a gift of turquoise to a kindred spirit, the turquoise will grant good fortune and combat negative energy. Literally meaning “Turkish stone”, this captivating mineral originally came to England from Turkey. In the Middle East, Assyrians may use a small turquoise bead on a necklace in order to protect themselves from the evil eye. Turquoise gemstones help reduce the presence of grudges and encourages the ability to trust. Buy yourself a pair of turquoise plugs or gift them to a friend to make a small but positive impact on yourself or your friendship. 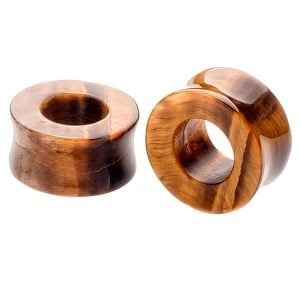 No two tiger’s eye stones will look the same. A natural, chatoyant (in gemology, this means it gives off a cat’s eye effect) gemstone, tiger’s eye is mostly mined in South Africa and Western Australia. Although, it can be found in many other countries such as India, Namibia, Brazil, and even the United States as well as Canada. The spiritual side of tiger’s eye stones sees this gemstone enhancing good luck, confidence, and clarity. It is particularly protective during travel. This is genuinely one of my favorite stones. Though I am rather keen on black-hued minerals, I can’t help being drawn to the ornate amber swirls evident within the tiger’s eye stone. If I had gauges, these would be one of the first plugs I would purchase. 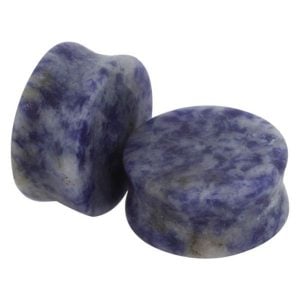 For gemstone enthusiasts, sodalite is perhaps famous for its deep blue coloring. It is also prone to having white speckles or streaks. It varies in color from light blue and dark blue to greyish-blue and violet. Occasionally dubbed as the “poor man’s lapis” due to the fact that, though sodalite and lapis look similar in color, sodalite a lot less expensive than the latter. Regardless of its unofficial moniker, sodalite is absolutely gorgeous. When I look at this gemstone, I am immediately reminded of Blue Willow plates. Sodalite is a great stone to have around when you are working on a project in a group. Its other name, “poet’s stone”, refers to the fact that this stone increases wisdom, logic, and makes communication with others occur sans complications. If you’re about to be doing a lot of studying, this will be the perfect stone to have nearby. 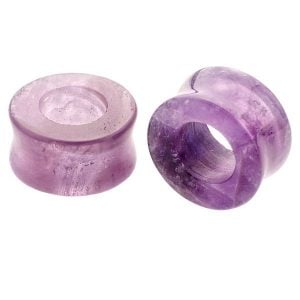 Patience, intuition, happiness, inner strength. These are just a few things that amethyst has been known to promote and enhance. Originally worn and used by the ancient Greeks in order to avoid intoxication, amethyst is commonly used to avoid becoming addicted to various substances. It is also used to fight addiction in spiritual healing. Medieval European soldiers once wore this gemstone into battle, believing it to heal people as well as keep them cool-headed. Amethyst is a gorgeous variety of quartz. Claim a violet-coloured pair of stone plugs for yourself and you may see your mood visibly improved (even if it’s just from admiring the craftsmanship so much).

Halloween Ideas: Costumes to Go with Your Body Jewelry

Which Piercing Should I Get? Our Guide to Ear Piercings

Luxury Plugs and Tunnels: Why You Need 14k Gold in Your Stretched Lobes

Next post The Stick And Poke Method: Machine-Free Tattoos