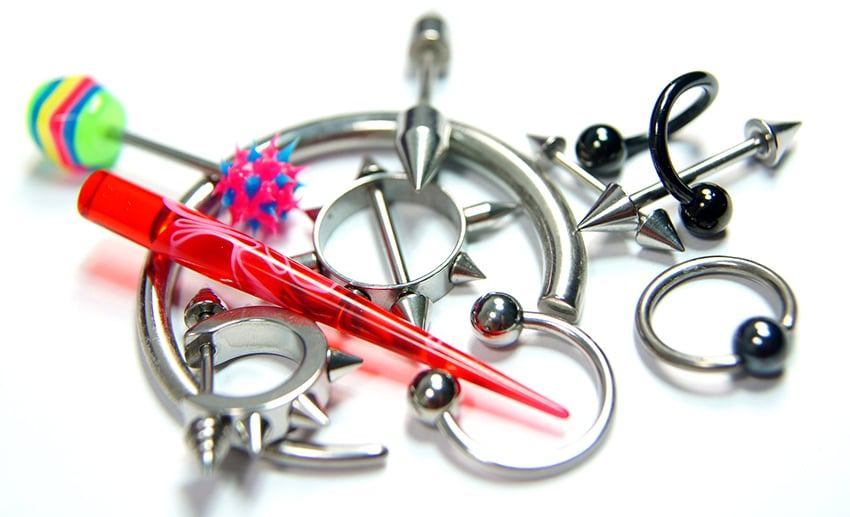 Once upon a time, we were all teenagers.

It’s during this period of our lives that we become a bit more independent, and that we explore trying new things, and inevitably make some mistakes. School is about a month away from ending for this year, and we will all soon be retiring to our winter break. For some reason I can’t possibly explain now, it was at this time (during breaks of any kind), that I, as a teenager, would decide to try something crazy, like dying my hair, getting a haircut, new tattoo, or of course, a new piercing.

In my younger years, piercings were not only a bit more affordable for teens, but also easier to hide from my mother than, for example, a crazy haircut, or some crazy colors in my hair. I didn’t have the luck of having a new-age mother that would stimulate liberal thoughts and creative outlet through personal style, but more of a traditional one, so I had to hide whatever I did, and try hopelessly to convince her that it wouldn’t change who I was.

In any case, the situation was that I would always get something crazy done for the breaks – probably because I had time off, and indeed procrastination is the mother of creativity. I have several piercings, and have some stories I can share – if anything, I hope they help anyone who wants to get a piercing to not make the same mistakes I did.

So here we go.

Once upon a time, I was a teenager getting my first piercing – a nose stud at 16. I didn’t have my parent’s consent – don’t do what I did. Only get piercings if you have consent (for a lot of reasons).

I had the fortune of being friends with the piercing artist, and thank goodness he was a good one. He worked in a tattoo and piercing parlor and was a professional (no, he did not know my “parent’s consent” was fake). I am fairly certain he did everything by the book, regarding the piercing and the choice of jewelry. He explained how I was supposed to care for it during the healing process and all of the do’s and don’ts.

However, I was a very impatient teenager, and I paid the price for it – the first mistake out of a long list of mistakes with my first piercing experience was a doozy.

I never left it alone. Yes, I would fiddle around with the nose stud, checking it every 5 minutes, and had done stupid things like get into a pillow fight with a cousin… That ended up in the stud getting snatched by the pillow, and almost getting pulled out, only four days after it had been pierced…yeah, very painful!

The moral of the story? Just leave it alone. Don’t. Touch it.

My stud took approximately two years to heal (and no, that is not normal!). It’s a good thing that cartilage rarely rejects, but It got incredibly swollen because I picked on it constantly. Having proper jewelry helped I’m sure – it should be long enough to stick out of your nose when your piercing is already healed or not swollen, like such.

It also showed redness that was not common for a seven month-old nose stud, unless you’re constantly picking at it. It never got infected, but it definitely could have, so please be gentle with your new piercings, and clean them as instructed by your piercing artist.

The reason I kept picking at it was a very common mistake many first timers make: thinking that it would heal faster if you constantly check on it and mess with it. Nope!

My next mistake? Changing my jewelry before the piercing had fully healed. I also did this with the stud, and had a very bad reaction to the new jewelry. I even changed it on my own, back where there were no YouTube tutorials to show you the proper way of taking a nose ring twist screw out, so I hurt my nose and had a sore nose for like a week! Lesson learned – it is so important to go to your piercing artist and ask them when you want to change the jewelry out to show you the proper way, and to ensure that your piercing is healed enough to do so.

Learn from my mistakes – when you’re young like I was, you may not realize how much trouble you could be causing yourself, but it’s important to take your time with your piercings, and of course, always get permission for them in the first place.