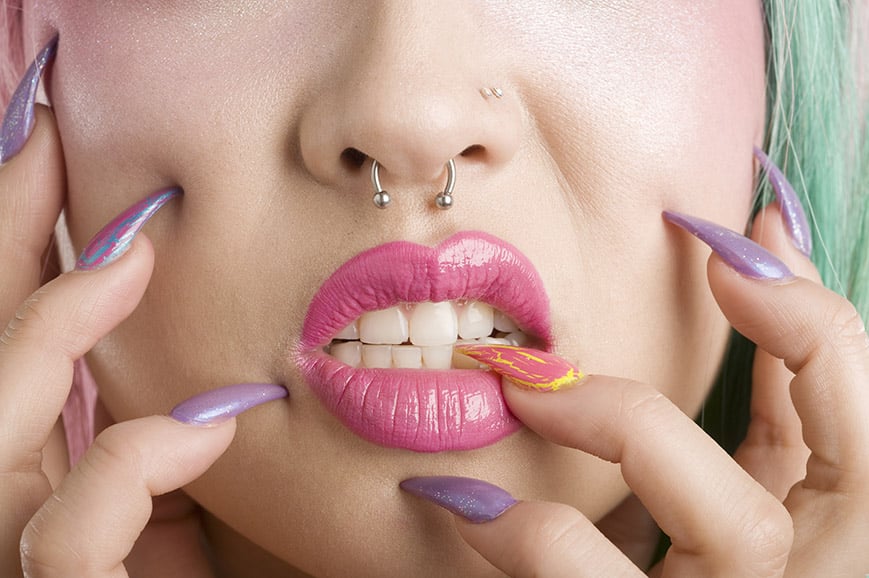 Thoughts Everyone Has Getting a New Piercing 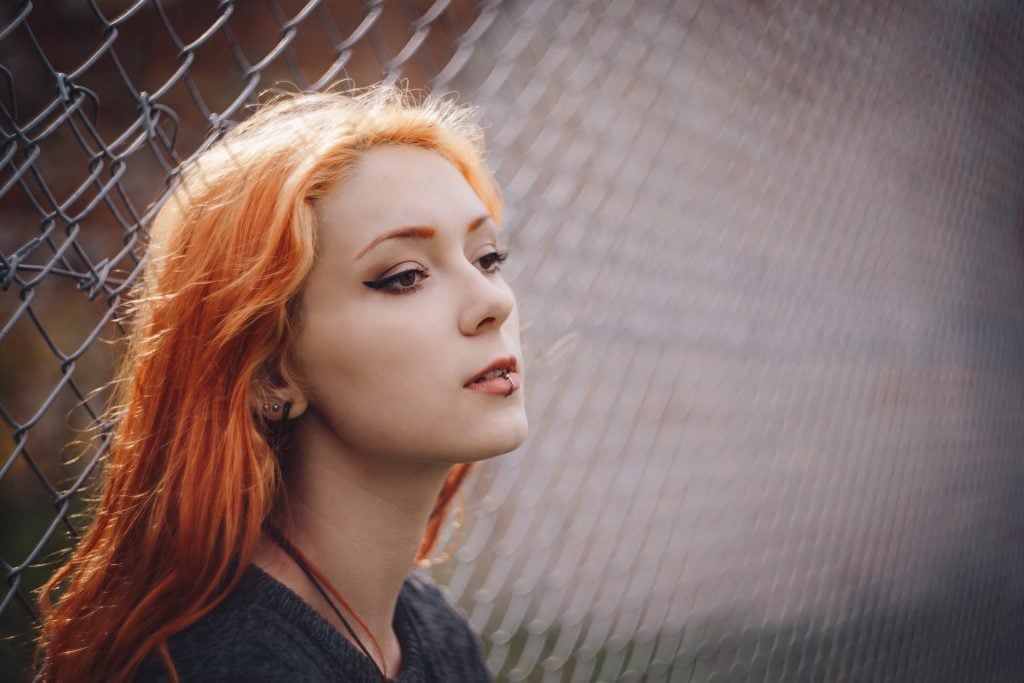 Any studded siren or holey hunk will tell you, getting a new piercing is a total rush. The adrenaline, the anticipation for that familiar sting – a lot of people are addicted to it like some are to skydiving and spicy foods. Yea it hurts, but what a rush.

No matter what’s going through your mind, we promise, you’re not alone.

“I wonder if it’s too late to chicken out.”

First of all, you should always know that no matter what stage you’re at in the piercing process, it is NEVER too late to change your mind. Screw what everyone else thinks – if something makes you uncomfortable, you just don’t have to effing do it, period.

That being said, it’s true that the things that make us uncomfortable are sometimes what we need to do most. Getting an industrial piercing may not be too much of an existential experience, but isn’t it fun, for once, to just leap instead of run? It’s a normal thought to have, but don’t let your nerves hold you back from getting what you really want.

There’s something a bit intimidating about all of those bright fluorescent lights, the squeak of that leather chair, and the cold swab of alcohol before the needle comes. For many people, it’s not even so much the pain of a piercing that causes mega nerves to creep in, but the anticipation itself.

First of all, nothing calms nerves like being well hydrated and running on a full tank. Eat a healthy, filling meal before you head to the piercer, and make sure you drink plenty of water. Officially…no alcohol allowed.

“This is going to freaking hurt.”

Yea, it probably will. Let’s be honest here, it’s a needle going into your body, so I’m sure you’re going to notice it. The good news is though, that in all reality, it’s probably going to hurt about 10% as bad as you think it is. We build things up in our heads, psyche ourselves out, and it has the interesting effect of making us hyper aware of everything.

You might see that needle coming and want to jump out of your skin, but I promise, it’s not going to hurt anywhere near as bad as you think it is.

“I look absurd in this clamp.”

Getting pretty can be an ugly business. There’s definitely nothing flattering about having your lip in a clamp in a room full of morbid gawkers. Just try not to drool out of the corner of your mouth there sexy, it’ll be over before you know it.

Deep breaths. The moment right before the piercing triggers a near fight or flight reaction in some people (myself included, no doubt), and it can make you want to dive right out of the chair. Any decent piercer is going to give you plenty of warning before the needle goes in, so don’t worry about being caught by surprise.

Take a deep breath before the needle goes in to supply your brain with plenty of oxygen, and gently release after the needle is in. It’ll help with that friendly endorphin rush, and calm you down.

Nearly everyone says this after a piercing, and it’s a great feeling. You build it up so much in your head, focus so much on the pain, that it never even occurs to you that it might not hurt any more than getting pinched. Laugh it off, soldier – we all blow things out of proportion from time to time.

New metal in your body is going to take some getting used to – don’t let it put you off. No matter what you get pierced, it’s going to brush up against things, pull, snag, and just generally feel extremely noticeable at first. Trust me, in no time flat, you won’t even remember it’s there.

As the swelling goes down over the next few days, it’ll get more comfortable, and as you find your groove between comfort and style with your jewelry, it’ll quickly feel like a part of your anatomy that was always there.

Come on, let it out – it’s time to get excited. Embrace your sexy new piercing, and show the world the tough stuff you’re made of. Not all first piercing selfies are pretty – swelling is only hot when it’s on your lips – but all the same, there’s nothing like a daring change to your personal appearance to completely switch things up.

So come on, don’t be shy – tell us what went through your mind when you got your piercing!

How to Insert Plugs into Stretched Ears: A Beginner’s Guide to Plug and Tunnel Jewelry

Piercing Saftey: Why Is Getting Pierced With a Piercing Gun So Bad?

How to Calm Down Before Getting a Piercing

Do you Know Everything About Medusa Piercings?

Previous post Do you Know Everything About Medusa Piercings?