Man Breaks Guinness World Record for Most Piercings in One Sitting —1197 WOW! 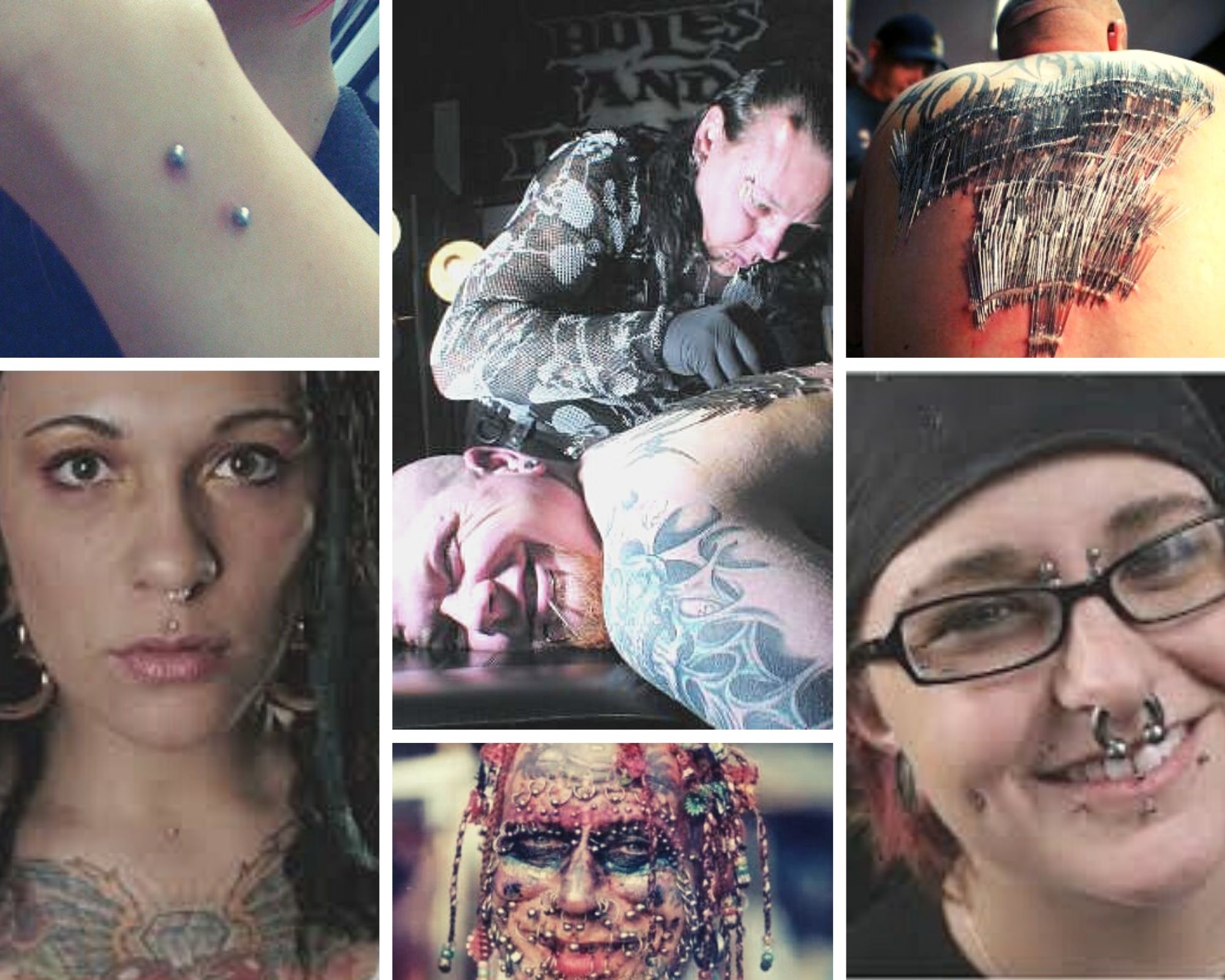 It is amazing how many world records are out there and what it actually takes to get there. What I like about this Jeremy Stroud character that just recently broke the Guinness World Record for the most piercings in one sitting, topping out with 1197, is that he was no stranger to the piercing and tattoo community. He knew, exactly, the exhilarating pain of both tattoos and piercings, yet he admitted that while trying this feat, his body could only handle so much. It was starting to shut down. He made a very smart choice and he  decided to stop once he surpassed the previous piercing record, despite the fact that his original goal was 2,000 piercings. He also researched prior to the big day, tested different body parts for their “pierce-ablity ” , as well as had EMT’s on hand. I am still not sold that most people who set out to break a record should even be doing it, but at least he was smart about it and used a professional body modification specialist to help him. What do you think? Are there any records out there that you think you could maybe go for?

“I’ve been around the tattoo community, and a lot of my friends are in it,” Stroud said. “They’ll sit around and say, ‘Hey you want to do this?’ And I’ll get it pierced and pull it out.” The 18-gauge surgical needles inserted over about five hours at an Arlington tattoo shop — about 800 in his back, 300 in his right arm, 50 in his right leg and 20 or so in his left arm – left scars across his back. “They’re so close together that they leave a line. It kind of looks like I had stitches from my wrist all the way up to my shoulder,” he said.

Stroud, a diesel mechanic for a large freight carrier, isn’t new to tattoos and piercings, known as body modification. He sees it as art, with five piercings on his face, several tattoos and gouged ears. “A lot of people say I did it for this reason or this means something tome,” he said. “But not for me….”

He said he got a “smiley face sunshine” on his leg because he was mad.

“I stay away from meaningful tattoos now,” Stroud said. “Now it’s more art. I just like being covered up in it.”

And he’s used to the stares that go along with being covered in tattoos.

“When most people get to know me they say, ‘You’re a totally different person ” he said. “Yes, it’s called stereotyping.”than what you look like,’

Stroud had been planning the record-setting piercing session for eight months, at the urging of Tyson Turk, an Arlington body modification artist.

Last year, they began testing parts of Stroud’s body to see whether he could tolerate the pain. And in March, Turk did a test run of 50 piercings in the small of Stroud’s back.

“I did my homework,” Stroud said. “This isn’t just something you can go out and do; you’ve got to be prepared for it.”

In fact, making the record official required a witness, a photographer, notarized statements, two EMTs and months of paperwork.

Turk had experience in that area. He also did the piercings for the previous record holder, a Dallas man who received 900. He also plans to claim the record for the world’s fastest piercer.

But Turk’s coaching couldn’t prepare Stroud for all the pain. As the session wore on, each piercing produced radiating pain that felt like an intense sunburn. “After a while I guess the body just starts rejecting all the needles,” Stroud said. “It felt like my back was on fire and my arm was on fire. It was a totally different kind of pain. I just wanted those needles out of me.”

Stroud was hooked up to a heart monitor during the session.“As soon as we got the needles out I was fine, but during I started to get really slow, and my pulse jumped up to 130.”

That’s one reason Stroud isn’t sure what he’ll do if someone breaks his record. The past record holder, Robert Jesus Rubio of Dallas, is already talking about it, Stroud said.

“There’s a reason it’s a record,” Stroud said. “He made it to 900 and his body had enough. And now that I’ve gone through it, I see what’s really happening during the process.”