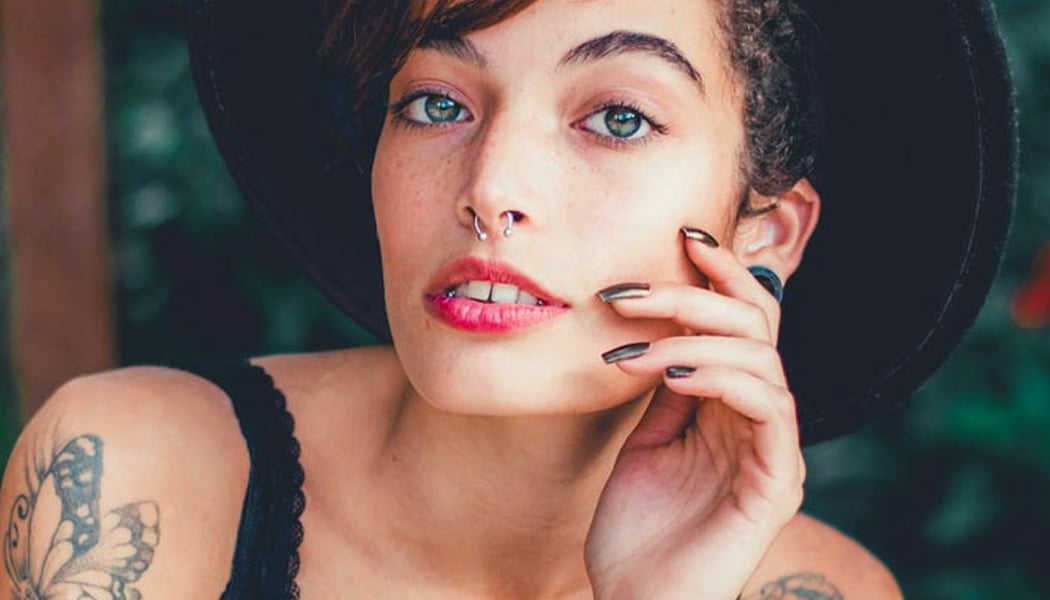 The piercing world, in general, is filled with misinformation. Much of this has to do with the fact that there are loads of urban legends and rumors that are passed along so often, they’ve entered common knowledge, even if they’re incorrect.

The rampant misinformation surrounding piercings leads to a lot of confusion when it comes to certain terms. When you go to the piercing studio, you want to be sure that you’re using the proper terminology so that your piercer knows exactly what you want.

To ensure that you have the correct vocabulary surrounding piercings, we’ve put together a quick list. Here are four commonly misused piercing terms and what you might mean instead.

The clit piercing vs. the VCH

Although it is possible to pierce the clitoris itself, most of the time when people refer to the clit piercing, they’re actually talking about the VCH (vertical clitoral hood) piercing.

The VCH doesn’t pierce the clitoris at all. Rather, it’s placed vertically through the flap of skin that covers the clitoris, leaving the ball ends of the jewelry to rub against the clit.

So, if you’re looking to get a female genital piercing around your clitoris, it’s highly likely that you want the VCH piercing and not the clit piercing.

Too often, we hear people refer to stretched lobes as gauged ears. While piercers will be able to read between the lines and guess what you mean, it’s important to understand the difference between a piercing gauge and stretched lobes so that you don’t get confused by the terminology.

When you stretch your piercing to a larger gauge, it’s called stretched lobes.

To avoid confusion, you should use the term “stretched lobes” instead, since the aesthetic is achieved by slowly stretching your lobes to bigger and bigger gauge sizes.

Keloids are actually a pretty major misused term, and it can be a problem if you misunderstand what a keloid is.

A keloid is an incredibly rare skin condition where sufferers grow substantial bumps around any minor wound, including a piercing. These do not go away on their own, and they are large and unsightly. However, only around 10% of the world’s population suffer from this malady.

Piercing bumps are a very minor piercing complication that form around a healing piercing. These bumps are quite small, and they almost always go away on their own.

If you develop a piercing bump, there’s almost no chance that it’s a keloid unless you have suffered from keloids before. Please do not refer to your piercing bump as a keloid—these are much more serious than piercing bumps, and treatment for a keloid will be substantial.

There are two types of piercings that appear perpendicularly on the skin. They look similar, which is why it’s easy to confuse the two. However, they are much different procedures.

Surface piercings are more similar to a standard piercing. They’re performed by pinching the skin and pushing the needle straight through. This will leave two piercing points on the surface of the skin which will be filled with a curved barbell. The ball ends sticking out of either hole will offer a double-pierced look.

Dermal piercings have only one piercing point. The piercer will place a dermal anchor beneath the skin into which a dermal head will be screwed. The anchor will stay under the skin for as long as you have the piercing. Because the procedure requires a device that stays in the skin, some states label it as a medical procedure which makes them illegal to perform in a piercing studio. It’s important, therefore, to understand your state’s laws before making an appointment for a dermal piercing.

The next time you’re considering a piercing, it’s important that you know the proper terminology so that you can communicate well with your piercer. When in doubt, bring a picture along of what you want so that your piercer can know exactly what piercing you’re picturing.